The CP-M15e is a very low-cost roll fed superb quality photo printer. It is ideal for the home or prosumer market. It prints 6×4, 7×5 and 8×6 prints and also features rollback and anti-curl technology. It has a very large print capacity of 750 (6×4) prints so also ideal for photo booths. Same superb build quality as all Mitsubishi Printers and comes with a two year warranty. PC and Mac compatible.

We would suggest also taking a look at :
Mitsubishi M1E

The Mitsubishi CP-M15E Photo Printer has a front loading construction so the media and ribbon can be easily and quickly replaced. Despite its compact design, the printer can hold a large quantity of paper thus enabling high volume printing. CP-M15E also produces prints with smoother definition so that text and images appear sharper and clearer.

Print Media and Consumables for this printer

The D90 is very flexible in that it can use media from a variety of different Mitsubishi Printers. You may find that the list below contains some duplicates for this reason.

Downloads for this Product

User Manuals, Software, Printer Drivers, Firmware, Sales Brochures and any other downloads for this product will be shown below. Need help with downloads for your product?

The M1E Printers shares the same drivers as the M15E Printer

Introduction to the M1E and M1 Photo Printers

Please find below some of the most frequently asked questions about this product. If you have a question that isn’t answered here then click on the chat button in the bottom right of the screen and we will be happy to help you.

We are unique in that we actually use the equipment we sell so are best placed to comment on our own experiences. Honesty has always has been a key part of our advice since we started in 1991.

Ideal for situations where you need a large print capacity like photo booths etc.

Anti Curl Technology is quite useful

Not much but if we are being picky: No 6×9 option.

Customer Reviews of this product and products variations or similar products are shown below. Reviews about us and our support can be found on our testimonials page

Average Score: 5 (1 rating)
5
1
4
0
3
0
2
0
1
0
ProductMitsubishi M15E
51
551
5/5
What a find. Best printer we've ever owned
We used to use a HiTi 730PS which we’ve had for years and years but media became difficult to get. The team at System Insight recommended this printer and it cost almost the same as what we paid for the HiTi 10+ years ago. This printer is SO much better than our old HiTi. It is super fast, has paper on a roll rather than separate sheets and is SO cheap to run. We used to pay £25 for 50 prints on our old 730PS and now we pay less than £100 for 750 prints. That is insane!! A box of media will last us years now. Printing photos at home has now become fun again. We did try an inkjet printer but the results where so hit and miss and we ate through ink cartridges. This printer is a dream come true. Thank you System Insight and Mitsubishi. p.s. It also works on my Apple Mac !

Leave your own Review: 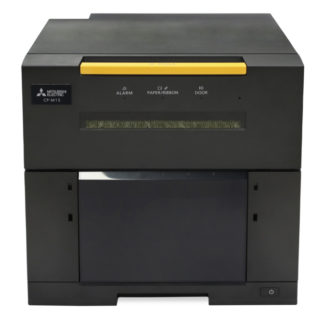